For updates on what the royalty are doing throughout the year, please visit the Miss Sparta website or our Facebook Page!

2014 Sparta Butterfest • Through the eyes of our royalty

Following the unfortunate news that the carnival would have to be on the parking lot this year, we got busy searching for something to add to the grassy area of the fest grounds to give you an even better fest! We are so excited to announce that Wow Balls are coming, and will be set up in a large pool in the grassy area near where the carnival typically took place. Come and give these a try!

Tickets for the 2014 Poker Run are still available! Purchase advance tickets on Thursday or Friday evening near the Fest Tent, or stop by on Saturday! For more information on this year's Poker Run, click here.

NOTE: The Carnival will take place on the Parking Lot this year.

Due to concerns held by the A&P Carnival and The Sparta Area Chamber of Commerce, the carnival will take place on the parking lot this year. We are extremely disappointed to make this change, however the situation is out of our hands as the Chamber of Commerce is in charge of the carnival itself. We are looking in to many other alternatives and this seems to unfortunately be the only solution at this time.

That said, please come out and support the fest tent and Butterfest food vendors in their usual locations to help ensure a positive future for Butterfest. This situation came up very last minute and we promise to do whatever it takes to make the necessary adjustments for next year's Butterfest.

We are still extremely excited for our 30th Anniversary and will post any updates on this situation as information becomes available.

Please contact Tim Hyma at the Sparta Area Chamber of Commerce at 269-4123 to voice your concerns.

Congratulations to our 2014 Royalty!

Last night, Zoe Roou was crowned the 30th Miss Sparta at a special anniversary pageant which featured many of the forever Miss Spartas, as well as special entertainment by David Payne.

Roou performed "Astonishing" from Little Women for her talent, and her platform is entitled "Cancer is Everyone's Battle"

Alexandria Lira was 1st Princess in the competition, and Morgan Rodgers placed 2nd Princess and was named Miss Congeniality, a title selected by her fellow contestants.

The Miss Sparta Pageant is this Saturday, hope to see you there!

See the video below for more information.

Our 2014 Butterfest Brochure is here! Pick one up today at the Sparta Chamber!

Do you have what it takes to be Country on the River's Next Big Star?

We're looking for solo artists and groups, and our winner receives V.I.P. tickets to Country On The River, and advances to the finals Thursday, August 7th!

A busy day in May for Sparta Butterfest!

At a Luncheon in Sparta this afternoon, Marlene Martin officially received the title of Lady Butterfest 2014. Marlene is the second member of the royal family who has been named, joining festmaster Bob Dengel, who received the title of Festmaster at a reception in April. She, and husband George, pulled the float for parades for Butterfest and directed the Miss Sparta Pageant from 1997-2009.

Autumn Freeman, Miss Sparta 2013, also had a busy day, preparing for Miss Wisconsin at the scholarship pageant's annual "Prep Day," held at the Alberta Kimball Auditorium in Oshkosh, Wisconsin. Autumn had the opportunity to meet the 25 other local titleholders from across the state, as well as practice her talent and work on production numbers. The Miss Wisconsin Scholarship Pageant will take place from June 15-21, 2014 in Oshkosh, and tickets are available at MissWisconsin.com

Good luck to both Marlene and Autumn in their endeavors throughout the coming year.

Friday, April 11, 2014 we welcomed our newest Festmaster to the Butterfest family. Doug Dengel, son of former Festmaster Bob Dengel, is the first official member of the 2014 Sparta Butterfest Royal Family. Lady Butterfest will be inducted at a luncheon on May 10th, and the Little, Jr. and Miss Sparta Royalty will be named on May 31st, completing the 2014 Royal Family.

Right, Doug is pictured at the banquet with his supportive family. Congratulations again, Doug!

To view more pictures from the 2014 Festmaster's Banquet, click here.

The 2014 Button is here! Congratulations Sandy!

Our 2014, 30th Anniversary button is here and we are excited to congratulate Sandy Leis on winning this year's button design contest. The button will be available soon all over Sparta, so be sure to get yours before the fest to save a little money! We can't wait to see you at this year's fest, June 5-8!

A Big Thank You to our Sponsors

To the left, our 2013 Royalty pose with the 2014 Sponsor banner. Thank you to all of our amazing sponsors for your support of Sparta Butterfest. Royalty include Jr. Miss Kristen Clark, Little Miss Jenna Martin, 2nd Princess Brooke Granahan, Miss Sparta Autumn Freeman and 1st Princess Zoe Roou.

We are so excited to announce our entertainment line up for the fest tent! Check out the 2014 bands by clicking on the links below!

Liquorish - Back by popular demand!! 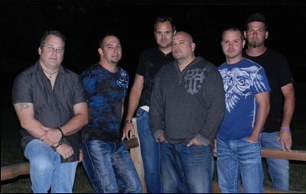 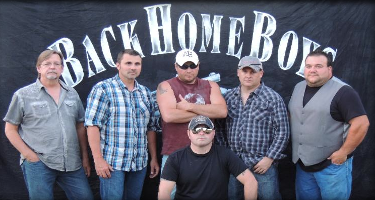 Thank you Fluidsurveys for your sponsorship!

Great news!  We will be using FluidSurveys’ online survey tools this year as they have generously donated a license to our cause.  Keep checking back for updates on the surveys we will be running for this year’s Butterfest!